Why am I struggling to

If anyone asks, I'll just tell them I had a big breakfast

Are they going to wonder why i'm wearing long sleeves when it's so hot?

Join us at the Managing Employee Mental Health Online Conference to discuss key challenges businesses and individuals are facing and explore what steps can be taken to create a mentally healthy workforce, now and for the future.

With current events bringing anxiety, stress and work-related tensions for many, supporting your employees’ mental health is now more important than ever. 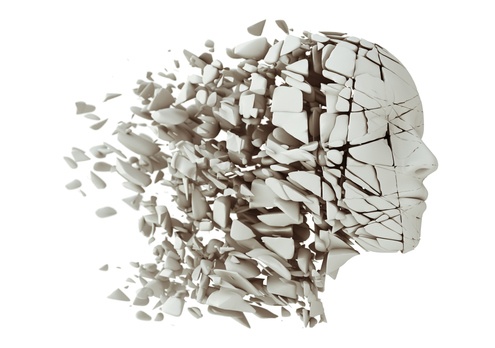 The live streamed conference will offer practical advice and best practice strategies – including for addressing the mental health concerns presented by remote working, helping employees proactively look after their own mental health, and reducing the stigma still associated with mental ill health.

It will also provide expert guidance on employers’ legal duty of care, looking at where the law stands on mental health, equality and discrimination, sickness absence – including health anxiety – and reasonable adjustments.

Further sessions will examine how to identify when an employee is suffering from mental health issues, putting in place effective safeguarding and confidentiality policies and safely managing critical incidents. 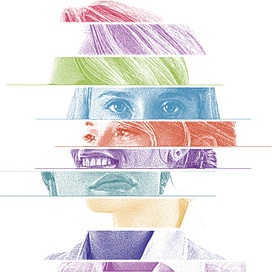 How can we mitigate the impact of these unprecedented times, and ensure

that we are positively managing employee mental wellbeing? 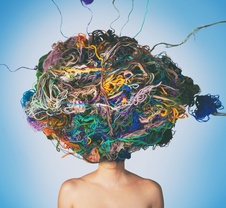 9.15 Getting started and networking

10.45 Understanding your legal duty of care

10.00 How can we effectively support employee mental health remotely?

11.30 Reducing the stigma and helping employees proactively look after their mental health

Lee is an experienced employment lawyer who handles complex employment and HR-related issues for businesses and senior executives.

He advises on highly sensitive matters such as board level terminations and business protection, including enforcing restrictive covenants, TUPE and business reorganisations.He also handles internal investigations including discrimination and whistleblowing cases and helps businesses implement HR policies and processes.

Lee has a strong track record in both contentious and non-contentious work and has represented prominent employers at employment tribunals across the UK. In addition he advises businesses on industrial relations and dealing with trade unions.He also guest blogs for industry publication Personnel Today and has developed innovative training for businesses on people related matters. He is a freelance lecturer for BPP Professional Development.He is a member of the Employment Lawyers Association and Eurolegal. 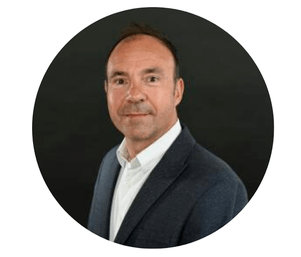 Steve Carr is a mental health, workplace well-being and suicide first-aid tutor. His dedication to helping others came after multiple childhood traumas and a turbulent adulthood wrecked by addictions and mental health problems, leading to numerous suicide attempts.

He emerged a man with a mission to change the world of mental health to ensure no one has to face adversity or challenges alone.While in recovery, he has chosen to share his story of hope, healing and transformation through national television, radio, significant publications along with several nationally and internationally recognised businesses.He has met and shared stages with many famous and well know celebrities, including Dame Kelly Holmes, Kristy Gallacher, Russell Brand, Paul Martin, Jonny Benjamin MBE and Stephanie Cole OBE, asan inspirational speaker.

He has written many articles, blogs and his work has been recognised by Facebook who credited him with the title of 'Power Administrator' for his online mental health peer support group. He has also co-authored a book on emerging proud after Suicide and worked as an IPS Service Manager integrated within AWP NHS Mental Health Teams.One of his most significant achievements was walking from one end of Britain to the other with just £100 sleeping rough in a tent for 90 days after being diagnosed with several mental health conditions, raisingawareness for both mental health and homelessness.

He wrote a report on his finding and delivered it by hand by personal invitation to David Cameron at number 10 Downing Street. He's qualified in many areas of mental and physical health, including youth and adult mental health first aid, awareness of mental health problems, life coaching, counselling skills, level 4 Suicide First Aid, level 3 personal training and one of only a handful of Suicide First Aid tutors in the country as well as a private pilot in hos spare time.

Founder and Director of Mindcanyon Mental Health And Mental Fitness. 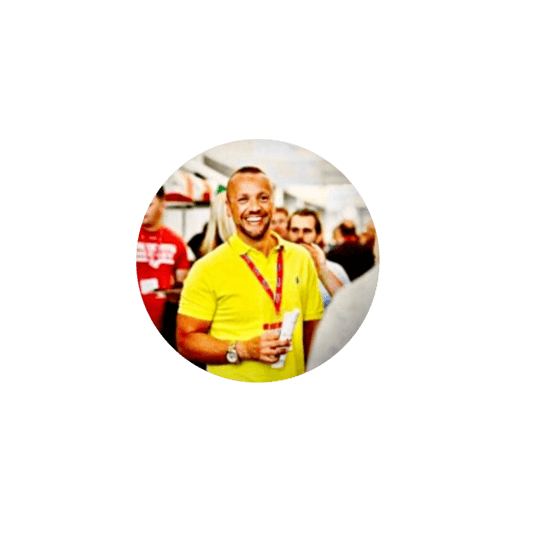 Recognising that mental health is a real issue in the workplace – be that in the office or virtually – and investing in effective support is essential to building a productive, sustainable and successful workforce.

The live streamed conference will offer attendees the opportunity to network, ask questions, and make comments and observations – all from your own home or workspace.

Learn how to look after your own mental health.

Remote working has been accelerated by the Coronavirus pandemic – explore how to put in place policies for the future of work.

Get the latest legal and regulatory information to ensure you are fulfilling your duty of care.

It is estimated that mental ill health costs businesses £2.4 billion a year. 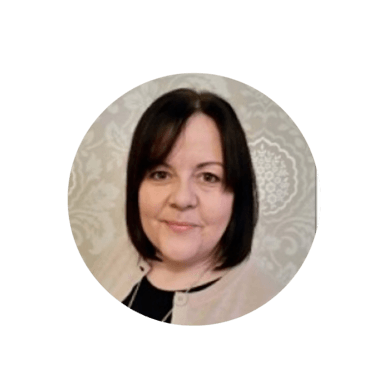 Sam is a renowned trainer and speaker on Mental Health, Behaviour, SEN and Access Arrangements. Originally a music teacher she became a SENCo in a large Secondary School where she gained a wealth of SEN training and experience, particularly in behaviour and mental health.

He is based from London, UK, and regularly travels across Europe to deliver various inspiring and value-adding keynote talks and practical workshops for Company Founders, leaders and senior employees from many different sectors.

His heavyhearted story of the emotional, financial and physical damage caused by burnout, inspires others as he openly shares how he recovered to become happier and mentally fit. This, combined with his career experience, enables Daryl to help many others to reduce stress, live happier and enjoy improved business results. 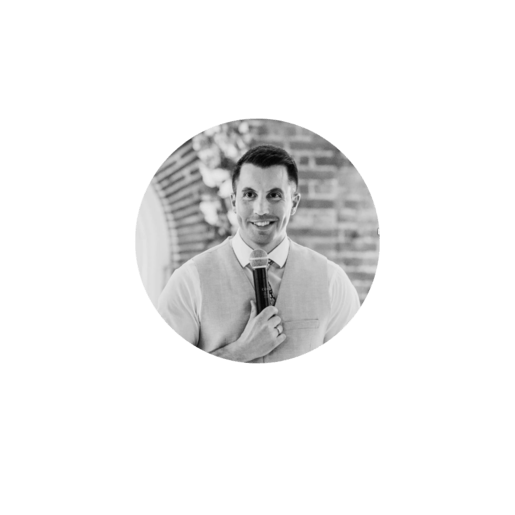 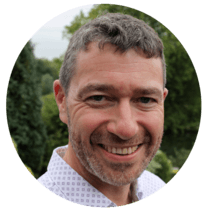 Tom has worked with Cadbury, TFL, Cambridge University, Birketts Solicitors and Ecclesiastical Insurance. His philosophy is that any employer can help any employee - but plans must be meaningful, relevant and reach all levels. In this talk, he'll tell you how he does it, and how you can.

Amy has a huge amount of unique and varied experience writing and implementing strategic mental health policies (and health and wellbeing ones) across workplaces and organisations of all sizes, including a large corporate.

Her policies are evidence based, measureable, long term and sustainable. She is considered a thought leader in the UK in terms of mental health and is considered an innovator in mental health policies and solutions. Amy has a distinctive skill set which combines a clinical background (specialising in psychology), expertise in mental health, occupational health, health analytics, and health insurance. She combines the ability to design strategic programmes with the practical ability and experience to then implement them. 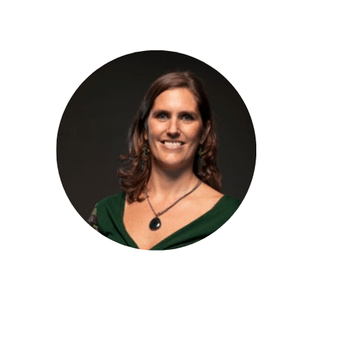 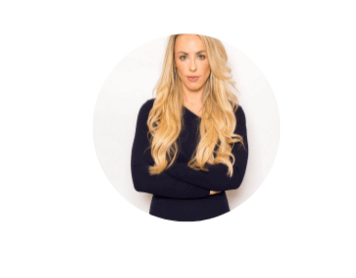 Jodie Hill trained as a barrister, cross-qualified as a solicitor and is the founder and Managing Director, Thrive Law, headquartered in Leeds City Centre. Jodie has specialised in employment law throughout her career, and has a keen understanding of this complex legal sector, together with all HR related issues. Jodie also has a passion for helping to encourage understanding around mental health, and has a strong desire to help end stigma surrounding the subject, to create a happier, healthier workforce.

This passion can be seen in her campaign to bring mental health to the top of the business agendas, with her campaign being featured by Sky News, the BBC, The Times, The Law Society Gazette, Yorkshire Post and other key media. Jodie’s campaigning has been recognised by many, which recently led to her being shortlisted for the Law Society Gazette Legal Personality of the Year 2018 at The Law Society Excellence Awards 2018, as well as being awarded a fellowship of the Royal Society for Public Health.

Feedback from our recent conferences:

"It was a good day and valuable training course"

"The agenda already appealed to me but the reality of the day was even better! Super impressed with how the speakers also offered further assistance outside the day , which means learning about mental health is more than just a one day training session"

"A really fantastic day which I would highly recommend. I found the honesty of the speakers very refreshing - fab and inspiring"

Book your place before the 24th April and save £10

If you would like to book multiple places please call us for a discounted price.

Forum Business Media places cookies on your device to enable functionality and to enhance your browsing experience. Continued use of this site indicates that you accept this policy. To find out how we use cookies and how you can control them, view our privacy policy: www.forumbusinesstraining.co.uk/legal/